The judges described Zain as having shown "true determination and dedication to his ambitions, BT's organisation and further afield. He is on track to receive his full Degree alongside a full BT Apprenticeship programme ensuring that he completed his qualifications debt free and has recently undertaken the position of Cloud Developer for BT’s BroadBand Device Tribe." 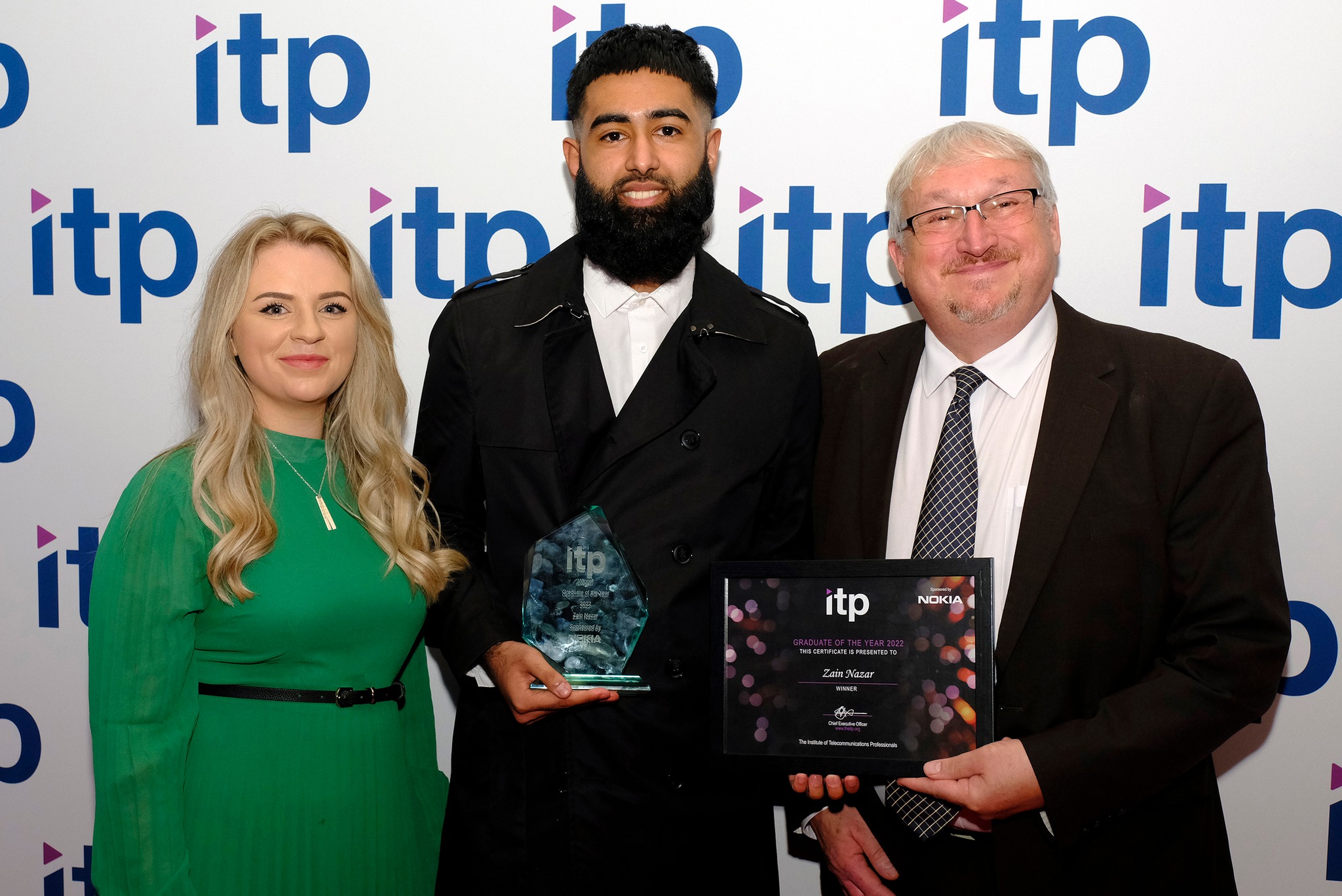 Zain has made a significant impact on those around him and wider afield. During his apprenticeship, he has been a true advocate for diversity across BT personally transforming the BT Muslim Network to meet a global reach covering Africa, Europe, Asia & Latin America from a previously UK-centric initiative.

Zain has proven himself to be an asset to the organisation not only for his work within the company (which has included reverse mentoring of the Global CEO and Global Chief Innovation Officer, but he has also been given a seat under BT’s CEO “D&I Working Party“ where he champions diversity in apprenticeship recruitment).  He has also represented his community, peers and BT when speaking with Educational ministers at 10 Downing Street on the importance of available apprenticeships, particularly across ethnic minorities and those from disadvantaged backgrounds, shortly after followed an invitation to speak at a House of Commons “All Party Parliamentary Groups” in to help shape the current and future state of apprenticeships and their availability across UK Enterprises.

Can you tell us about your career so far? What made you choose an apprenticeship in this industry?

I’ve worked at BT for three years now and have completed several rotations across IPTV Operations within BT Sport, Cyber Security, Video on Demand, Business Transformation, Cloud Engineering & Content Distribution. I decided to choose an apprenticeship in the technology industry as I saw the potential it had to revolutionize the world for the coming decades through high-level innovations.

You have completed your degree alongside an apprenticeship – how did you find it?

It’s been one of the best experiences of my life. It’s offered me so many incredible opportunities within the operations, diversity & inclusion & apprenticeship space which has led me to becoming a multi-award winner at 21 years of age. I’ve also had the privilege with working alongside extremely knowledgeable and professional colleagues who have guided me through my career through coaching and mentoring.

You have transformed the BT Muslim Network to meet a global reach, can you tell us more about that and how you achieved this?

Previously, the BTMN was a U.K centric network and wasn’t inclusive of international presence. When I joined the network in 2019 as Global Relations Lead, I decided to transform the network by onboarding ‘International Site Representatives’ so that we can stretch our support and inclusivity to as many Muslims across the globe so we could truly fulfil our aim of ‘harnessing the talent and support of Muslims across BT’. Now the Network covers various parts across Europe, Asia, Africa & North America.

Can you tell us more about your experience of reverse mentoring the Global CEO and Global Chief Innovation Officer?

BT’s Global CEO Is the Executive Sponsor of the BTMN & The Global CIO is an Executive Advisor to the network – with myself being a senior representative of the network, naturally I have held quite a few interactions with them. I decided to take this a step further and seek an ‘informal’ reverse mentoring session to seek career progression advice whilst expressing how the BTMN could play a part in aiding their business units through D&I education.

You’re also a champion of diversity in apprenticeship recruitment, sitting on the D&I working party, what does this involve and what should we do as an industry to attract a more diverse workforce?

Our CEO Philip Jansen organised a ‘D&I Working Party’ where he would task a handful of amazing apprentices to survey diversity levels amongst the apprenticeship population across BT & Openreach. After presenting the findings of the survey to the CEO’s office, an action plan with 12 key improvements has now been integrated into BT's ambition of making the company more diverse and inclusive.

We would love to hear more about your experiences speaking with educational ministers at 10 Downing Street, can you tell us more?

During National Apprenticeship Week 2022, I was invited to participate in a round table with the Secretary of State for Education Nadhim Zahawi. The minsters office was seeking advice and insights from modern apprentices on how the apprenticeship scheme could be made more accessible within the education system – opening new avenues on how we can create a shift from the ‘university norm’ to wider schemes such as apprenticeships.

As an identifying ethnic minority, this gave me an incredible platform to highlight initiatives on how the government could make apprenticeships more specifically available within disadvantaged/deprived areas to serve as a lifeline to the youth who come from troubled backgrounds. It’s important to factor in all walks of life – this was my focus when speaking with Nadhim and his team.

What would you say to individuals considering an apprenticeship or a career in our industry?

I would advise them to jump at the opportunity and never look back. The amount of learning and development opportunities available in this ever-growing, innovative industry is extremely valuable. I’ve enjoyed every second of my apprenticeship & it’s paved a very bright future for me to continue my development.

Who / what teacher inspired you most in your school and how?

Mr Abdulla was my GCSE Business teacher whom I held a dear relationship with – he was essentially my ‘go to’ teacher whenever I needed help or advice with anything. The standards he sets, the openness he expresses with students & the mannerisms in the way he conducts himself resonated with me a lot. He constantly outperformed the standard curriculum and never gave up on under-performing students – he is and always will be a true role model.

If you had one wish for technology in 2023 what would it be?

There’s always been a barrier with the older generation and their ability to understand technology. I’d love for a greater sense of education/user-friendliness for the older generations so they can experience the amazing cutting-edge programmes the world has to offer.

What does winning an award from the ITP mean to you?

Winning the ITP Award is an incredible honour, I feel proud to champion apprenticeships and careers in STEM which ITP embody within its core. It’s also boosted my ambition to utilise my platform in giving back to the community – I’m proud to launch my own social mobility organisation called ACE Insights to fulfil this vision. 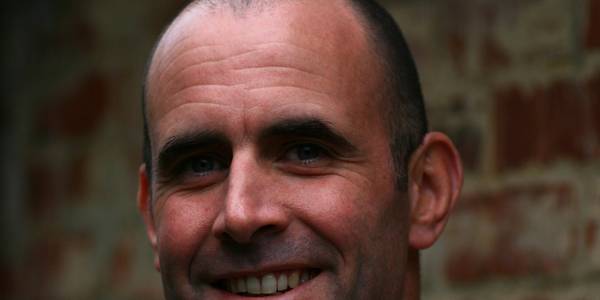 Podcast: A non-traditional entrance to Engineering 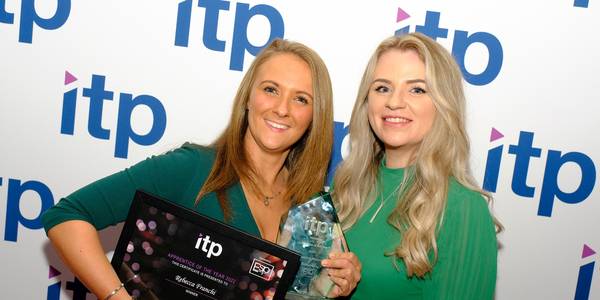 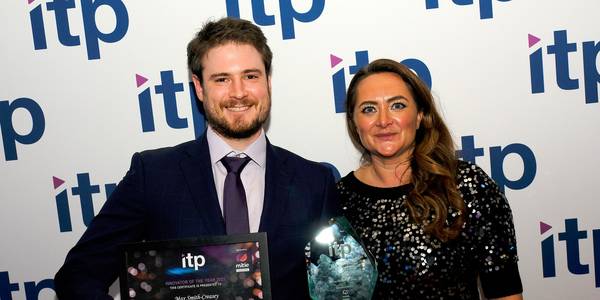